How to make an Origami french bulldog

A young man was looking at a big white cloud while sitting on a bench. It was floating in the blue summer sky, moving slowly, changing its shape little by little. He had been looking for something unconsciously, while traveling with his guitar.
He first visited London, then Dublin, Edinburgh, Amsterdam, Berlin, Zurich, Venice, Lisbon, Pontevedra. Finally he got to Paris. 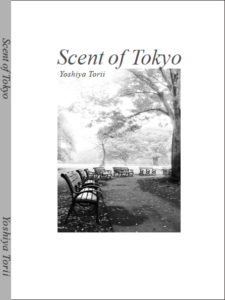 There are eight fiction short stories in this book. All of them are set in Tokyo. In each story appears each different man and woman. For example, the first story of them is set in Kudanshita in Spring, which is a very famous area as a place with cherry blossoms in the central area in Tokyo. In another story appears a young girl in Yukata, which is a kind of Kimono in the Summer. Read those stories and you will feel the atmosphere in the four seasons in Tokyo Japan. 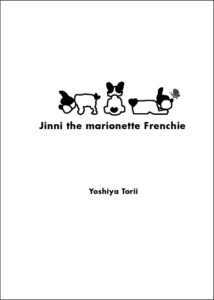 This short story is an illustrated book. The main character is a French bulldog living in Montmartre Paris. However, he is… It’s a secret. One day he coincidently leaned Tokyo. Then he was gradually being attracted to an unknown city Tokyo. The author on this story is Toshiya Torii who is a graphic designer and puppeteer. You can feel his world as you read this book.

Diary of my first marionette

Photos with a guitar, a ukulele

Iconic One Theme | Powered by Wordpress